All of us at CRG Automation are proud to announce that we recently were honored with a 2022 Vet100 Award as a “Fastest Growing Vet-Owned Company”. The Vet100 awards were celebrated on June 9 and 10 at the 2022 Veteran Entrepreneurship Success Summit hosted in Washington, D.C. 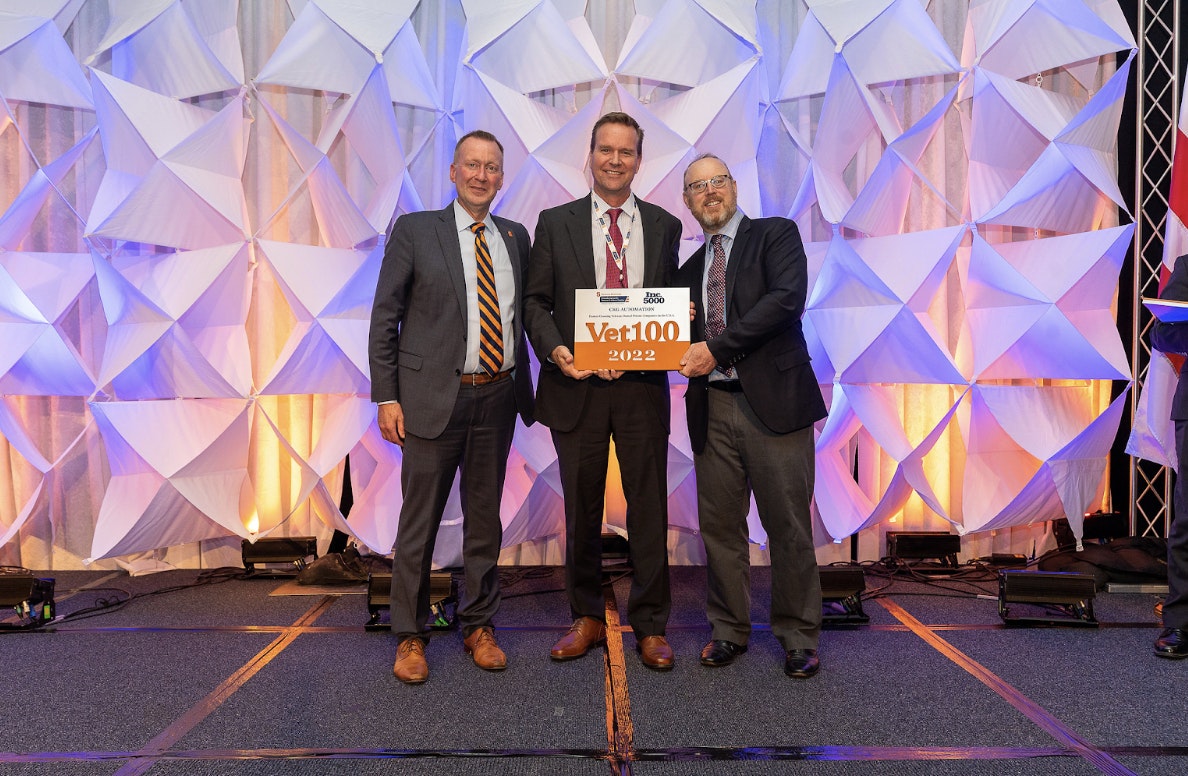 First hosted in 2018, the Veteran Entrepreneurship Success Summit is an invite-only, executive-level event sponsored by Syracuse University’s D’Aniello Institute for Veterans and Military Families (IVMF) in partnership with Inc. Magazine. The Vet100 award was inspired by Inc. Magazine’s Inc. 5000 list, which spotlights 5,000 quickly-growing, private American-owned companies. The Vet100 originally was named the Vet50, yet soon expanded to better reflect the scope and impact of veteran leadership and ownership in the world of business.

The collaboration between Inc. Magazine and IVMF made this event possible along with the support of other key sponsors including JP Morgan Chase & Company, Fiserv., and Walmart.

CRG Automation is thrilled to be recognized among a group of 100 amazing companies led by U.S. veterans. James DeSmet, president of CRG Automation, served 14 years as a commissioned officer in the U.S. Navy Reserve. He also holds a Marine Engineering Systems degree from the United States Merchant Marine Academy.

According to census.gov, veterans own approximately 5.9 percent of businesses in the United States, comprising 337,934 veteran-owned businesses.

Beyond the awards ceremony, the Veteran Entrepreneurship Success Summit offered plenty of networking, leadership, and mentorship opportunities for attendees, further strengthening the nationwide network of veterans who own or operate a business.

Additionally, there were plenty of events, including keynote speeches featuring New York Times Best-Selling Author Daniel Pink, along with a number of government agency leaders, corporate executives, and entrepreneurs with connections to the military.

These speakers covered topics as diverse as government contracting, creating exit strategies, succeeding in joint ventures, the meaning and value of human capital, and the necessity of transformation in a fully-digital age.

CRG Automation is proud to be honored with a 2002 Vet100 award and wishes great success for all veteran-owned businesses!